The Hog Roast Hay-on-Wye team’s latest event was a very beautiful autumnal wedding. The team were delighted when the happy couple chose to go with them for the catering of their wedding reception.

Clients Jill and Maurice were a delightfully bubbly pair who worked closely with the team to put together an exciting menu for their wedding day buffet. Their 28 guests were treated to an absolutely delicious buffet that was made on the day by Catering Manager Cliff. 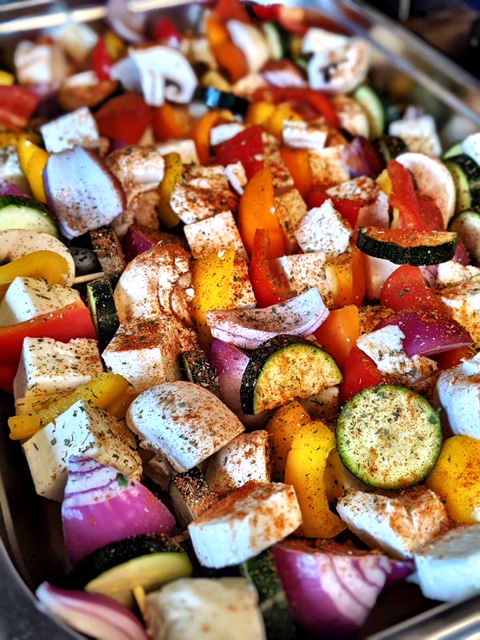 Cliff from Hog Roast Hay-on-Wye arrived at the picturesque marquee venue for the celebration by midday as the buffet was going to be served at 6pm. Chef Cliff was able to set up the catering equipment, gazebo, lights and serving table near the marquee. While he prepared every dish for the buffet Catering Manager Cliff was wearing full PPE, every effort to adhere to COVID safety precautions was taken.

As part of the catering package that clients Jill and Maurice had paid for the Hog Roast Hay-on-Wye team provided not only the food, equipment and friendly Chef Cliff, but they also provided china crockery and cutlery for the guests to use. Also, all rubbish from the buffet would be taken and disposed of by the team at the end of the catering part of the party.

The main attraction at the buffet table was the succulently sizzled Classic Hog Roast, the slow spit roasted pig had been expertly scored and cooked under Chef Cliff’s trained eye. It was served with crispy crackling, homemade stuffing and apple sauce. There was also a whole roast salmon on offer, as a vegetarian alternative to the roasted hog. There was also platters of piping hot seasonal vegetables for everyone to enjoy. Rounding off the buffet was a large platter of roasted new potatoes in an herb butter, as well as a large basket of soft rolls and an assortment of sauces and dips.

Newlyweds Jill and Maurice were thrilled with the buffet and thanked Chef Cliff for his hard work. The clients later left a glowing review, gushing about how wonderful the team had been and how tasty the food was. Everyone from the Hog Roast Hay-on-Wye team wish Jill and Maurice a lifetime of happiness together.